Should We Retreat From Globalization? 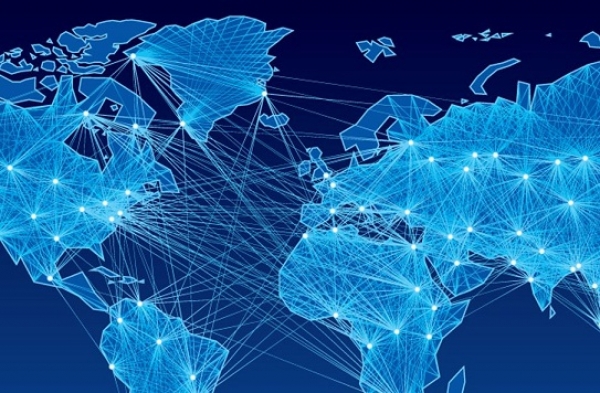 Much of what is reported on the news about globalization has been the negative aspects. What we are seeing today, particularly with manufacturing jobs being moved overseas, has its foundation in the trade theories espoused by economists several years ago.

In his book, The Wealth of Nations, published in 1776, Adam Smith suggests that each country should specialize in the production and export of goods it produces more efficiently. This is referred to as the Theory of Absolute Advantage. In 1819, David Ricardo’s book entitled On the Principles of Political Economy and Taxation, suggested that even if a country produces more than one product, it should specialize in producing and exporting the one it produces more efficiently, and import the others. Both countries would benefit by specializing in that which it produces most efficiently, and trading for the other. Ricardo termed this as the Theory of Comparative Advantage. Raymond Vernon, on the other hand suggests that a country’s comparative advantage in the production and export of a particular product changes over time as the technology of the manufacturing process matures.  In other words, as the product moves through its life cycle (new product –> maturing product –> standardized product), the manufacturing process becomes more efficient, and a country loses its comparative advantage in producing that product. Once the manufacturing of the product is at a standardized stage, the company would then move the production to a country with lower labor costs. When a company moves its manufacturing operations overseas, it has both advantages and disadvantages. A major advantage is that consumers benefit from lower prices, and a disadvantage is the loss of manufacturing jobs. Yet, the key for many US firms’ growth is to expand overseas. The atmosphere in the US is such that politicians are talking about re-negotiating NAFTA, and putting a hold on other trade talks. Of course, this is in response to the growing fear more job loss overseas. We should be careful about talks of closing the economy (somewhat), and consider the case of India as a reason not to do so. The Indian government, until recently, thought the best way to protect Indian companies and the jobs they generated were to impose high tariffs and other restrictions on foreign investment.  This resulted in inefficiencies and high prices for consumers. However, the government did not protect information technology giants, Infosys or Wipro, Ltd.  These companies were forced to implement strategies that would allow them to effectively compete in the global marketplace (against competitors like HP and Microsoft), without the protection of the government.  The realization of the benefits of free trade prompted the government to implement policies designed to slowly transform the country from a closed economy to an open one.Our economies are more interconnected and interdependent than they have been at any other time. Any attempt to retreat from globalization would not only result in manufacturing inefficiencies, but would result in higher prices and limited product options for US consumers. An open economy fuels competition, from which consumers ultimately benefit.  The challenge for the US government is to provide incentives to encourage the development of new products and services to foster new job creation. Such incentives could be tax incentives for R&D projects, direct funding of R&D projects depending on industry interest, and encouraging more collaboration between industry, government, and academia. The bigger challenge, though is to get politicians to agree on what is best for the country and create and implement these policies, regardless of which party gets the credit.

More in this category: « Your Future The Importance of Culture »