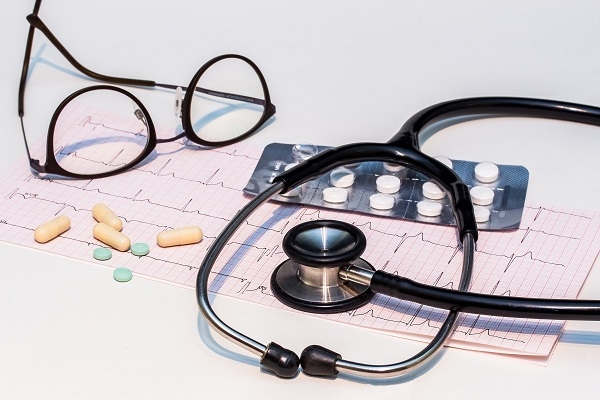 I started this blog primarily to document my journey through an incredibly challenging situation I suddenly found myself in. It is meant to encourage and inspire others. I also write on topics of interest, like business and sports, and although I am a political junkie, I decided against writing about politics as it tends to be divisive. This time it’s different…and it’s not about politics. It’s about the devastating effects Donald Trump’s decision to effectively dismantle key provisions of the Affordable Care Act (ACA) will have on me and others like me. I didn’t choose to be in this situation, but here is how I got there.

I was born in Jamaica and at 14 years, migrated to the United States. I developed a passion for business and aviation and pursued a career that would encompass both fields. I earned a bachelor's degree in Finance, an MBA in Aviation Management, and a Doctorate in International Business. Additionally, I was an entrepreneur, having founded two businesses. Armed with the degrees, and entrepreneurial experience, my goal was to be a researcher and facilitate international business, entrepreneurship and aviation management courses. I obtained a position as a professor at a local university and, as a researcher, often presented the findings of my research at aviation industry and academic conferences. I had it all planned, but in the midst of everything, life happened.At the age of 43, I was diagnosed with nemaline myopathy, a rare neurological condition that results in weakened proximal, respiratory, neck and facial muscles. The effects are usually visible at birth. The condition is even more rare when it occurs in adults when, more specifically, is named sporadic late onset nemaline myopathy, or SLONM. As a result, I’m unable to walk and require assistance with just about everything. You can read a synopsis of that leg of my journey here.

I lost my job as a professor and consequently the health insurance I had come to rely on. My husband could not work as he had to care for me since I required 24-hour care. I needed health insurance as I had a disease from which I sought to be healed. With a small disability income as the only source of income in the family, two daughters to support, one of whom was in college, it was not possible to pay the $1,500 monthly premium for COBRA. Additionally, there was a 24-month waiting period before I could apply for Medicare so that was not an option. Fortunately, the ACA was in effect and I was able to purchase insurance for our family, despite my preexisting condition. Once I became eligible, I got Medicare, while my husband and daughters remained on an ACA plan.

When I read that Donald Trump signed an executive order to discontinue premium subsidies, I was immediately in tears. I wept, not because the premium on my husband’s and daughters’ policy would increase. In the event we find an affordable policy, at least they can get coverage. I cried because I shuddered to think what would have happened had this executive order been issued two years earlier as I waited to become eligible for Medicare. I wouldn’t have been able to afford the higher premiums and because I had a preexisting condition, would not be able to get coverage.

It took three years and visits to several specialists, and samples and labwork being forwarded to specialists across the country before the doctors could definitively make a diagnosis. Even then, I have yet to meet a doctor, nurse, or other medical professional who has treated me who ever heard of SLONM. I am the first and only patient they have treated and they have had to rely on reading the literature and consulting with colleagues in other states to determine the proper course of action. With all due respect to those who insist that every American has access to healthcare because they can be treated in an emergency room, my experience illustrates that this is not always the case. Had I not had insurance, my condition would not be diagnosed or treated and I would not be alive.

The most vulnerable among us, the sick and the poor, will be negatively impacted by the president’s action. This policy affects those who supported Donald Trump and those who did not support Donald Trump. It is not a partisan issue. If an American citizen is stricken with a condition and is unable to afford treatment, at best they will not be able to live up their full potential, and at worst they will die. It’s hard to imagine that this is the reality of citizens in the wealthiest, most powerful country in the world.

To the critics I say…no, we’re not trying to game the system; no, emergency room care does not help every condition; no, we didn’t do this to ourselves; and no, we’re not all able but refuse to work. Many of us worked for years and contributed to the U.S. economy and are in this situation because an illness altered the trajectory of the life we envisioned. This is not about politics…it’s about life…and it happens.

More in this category: « Financial Challenges